iOS 15 Features That Will Help You Save Time 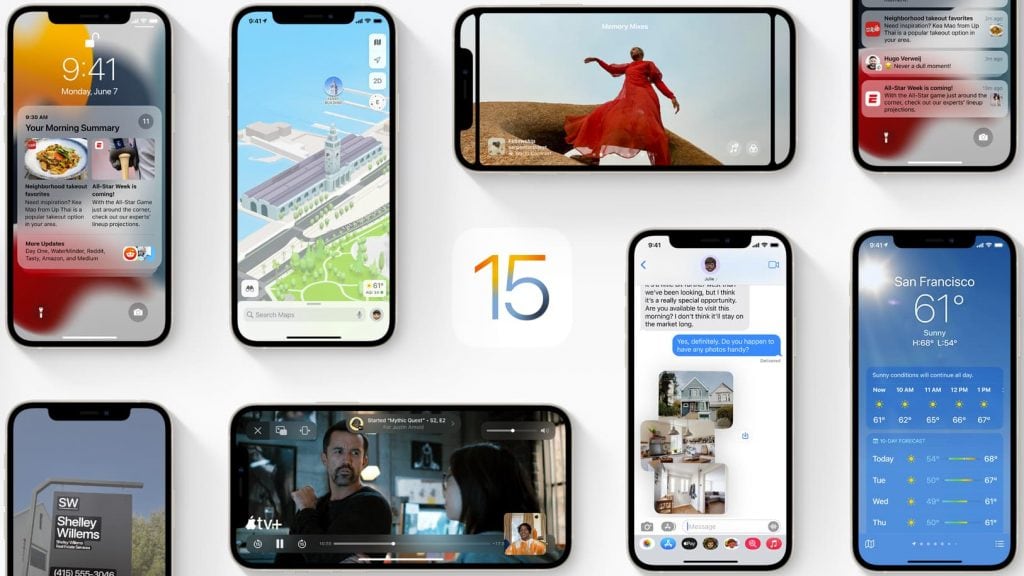 It’s that time of the year once again where Apple is unveiling it’s latest iOS operating System with a whole host of new features. Showcased initially in June of 2021 at WWDC, iOS 15 brings a whole host of new features, as well as enhancements to the Apps you love. We’ve had a chance to check them all out, and while there are many great new features, we want to share with you the iOS 15 features that we think will save you time and make your lives more automated!

iOS 15 will be available for download on Monday, September 20th for existing devices (see below for a list of compatible devices).

If you’re an Android user contemplating making the jump to Apple, it’s worth mentioning that a fair amount of the new iOS 15 features are borrowed ideas from Android. Apple is often behind deploying features that are already available on Android devices, but once they do release them, they nail it. The wait is usually worth it for the level of perfection Apple strives for.

Below is a list of our favorite new features to save you time, in no particular order. For the official list of all new features, be sure to check out Apple’s Official iOS 15 Preview Page.

Ok, I know I said above that there’s no particular order to the list, but I did have to put this one first because it’s been a much-requested feature for a while and I’m super excited for it!

Live Text with iOS 15 allows us to extract information from images, such as names, addresses, phone numbers, and more! I’m sure we’ve all had those moments where we have a picture of someone’s business card and wanted to call them, but had to swap back and forth from the picture to the phone app a few times. Well no more!

Live Text will also be supporting language translation (similar to the Google Translate App). To top this all off, the feature is available for use in real-time through the Camera App!

The time this feature will save is going to add up quickly. Apple has noted that Live Text is only available on iPhones with A12 Bionic and later. 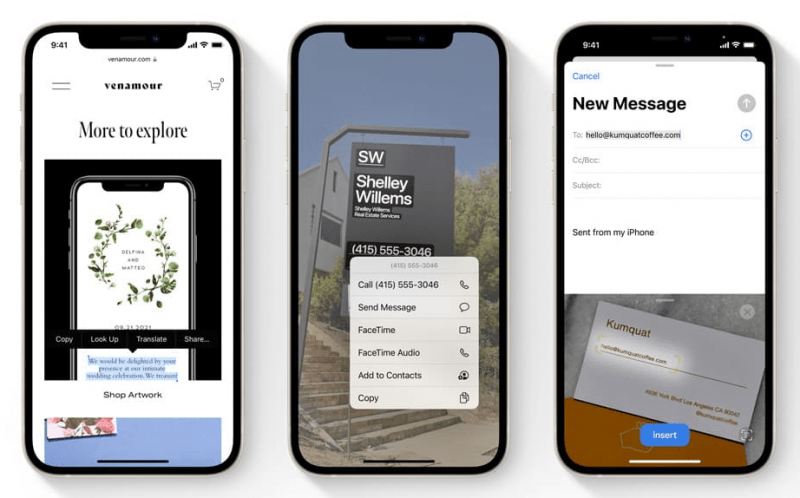 Somewhat similar to the Live Text feature mentioned above, the new Visual Look Up is enhancing how we interact with images on our phone.

The Visual Look Up feature allows the iPhone to provide information about objects found within an image, sourced from the web. Apple has showcased examples of art, landmarks, nature, books, and pets.

I’m eager to see how this feature grows over time, and think there may be great potential for future enhancements. Apple has noted that Visual Look Up is only available on iPhones with A12 Bionic and later. 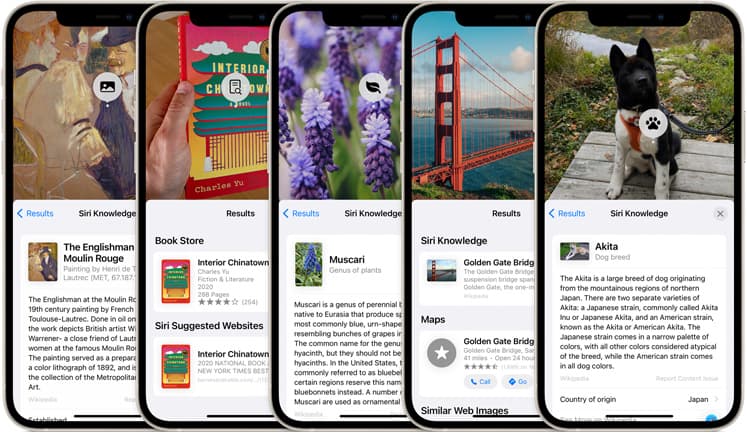 FaceTime is getting some HUGE upgrades in iOS 15 with SharePlay! Not only can you do anything else on your phone while in FaceTime, but you can even share your whole screen too! Helping your mom with her Tech Support needs for the phone has never been easier… probably.

Apple has confirmed that SharePlay allows media such as videos and audio to be shared through FaceTime.  Everything will be synced up so that all viewers experience things at the same time, and audio levels will be automatically adjusted to not get in the way of conversation.

Sharing our screens will no doubt be helpful in a variety of situations, and I’m really looking forward to saving space and decluttering my phone by sending fewer screenshots thanks to SharePlay. 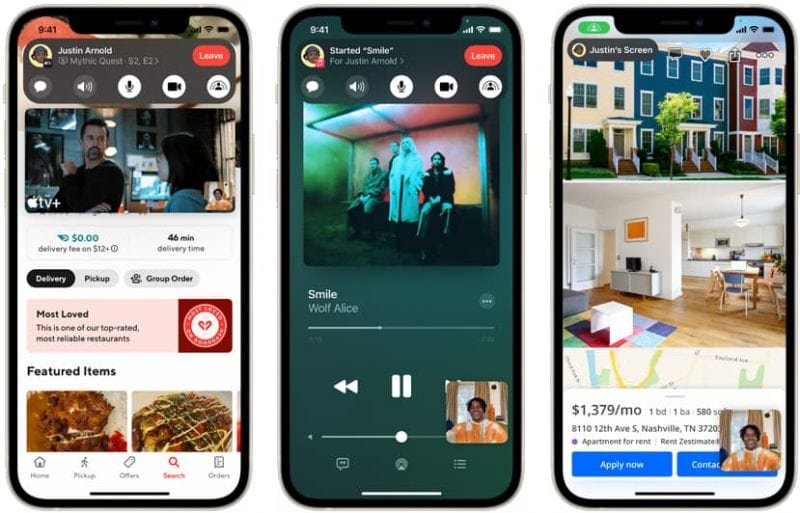 Invite Anyone to FaceTime Feature

Ever wanted to FaceTime one of your non-iPhone friends but got annoyed that FaceTime is only for iPhone? Those days will soon be in the past!

With iOS 15, FaceTime is available for android and windows! In fact, you can now invite anyone to join a FaceTime call, no matter their platform. Shared FaceTime calls will still be encrypted end-to-end, keeping your conversations private and secure. Non-Apple users will be able to join from a modern web browser such as Chrome or Edge.

FaceTime Links will also be available to add when scheduling meetings in the Calendar. This may be a very convenient option, as no software or app needs to be installed for non-apple users.

Talking with multiple people can get really difficult sometimes, especially when we are all virtual.  Spatial Audio is aimed at helping us to better understand who is speaking by making individual voices sound like they’re coming from the direction that each person is positioned on the screen.

A grid view is also available for FaceTime where the person speaking will be highlighted, if that sounds easier to use instead. Apple has stated that Spatial Audio is only available on iPhones with A12 Bionic and later. 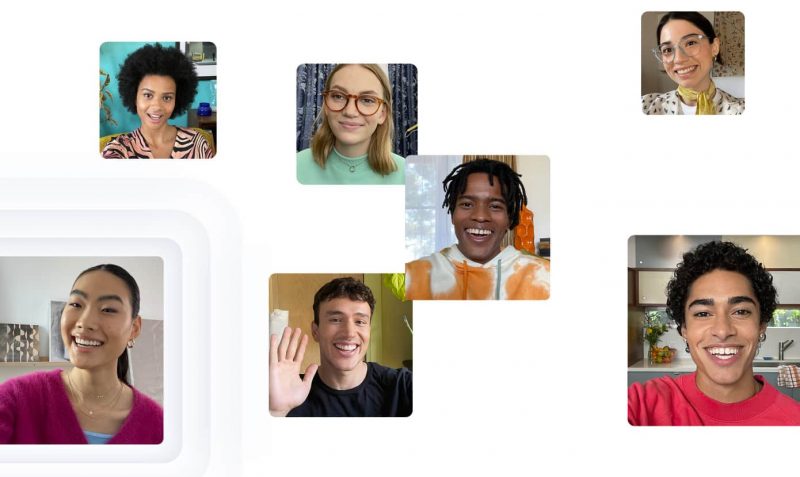 The content that we share in messages and apps is about to get more organized! Messages will have a new section to house all of the links, images, and content that has been shared with you.

The Shared With You iOS 15 feature will also be added to various apps such as Photos, Safari, Apple News, Apple Music, Apple Podcasts, and Apple TV. 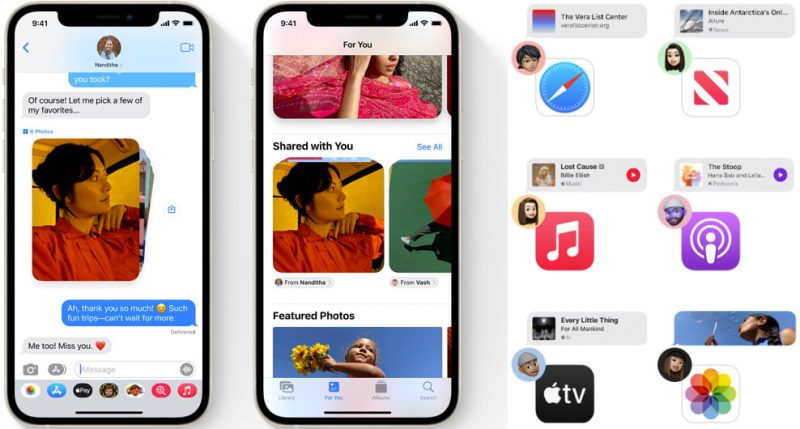 It’s kind of like Do Not Disturb, but on steroids.  The new Focus feature comes with a variety of pre-made options to help you tailor your phone’s behavior to fit a variety of activities such as driving, working out, or gaming.

Details of what all functions can be adjusted through the Focus feature have not yet been revealed, but we can speculate that it will likely take the features of Do Not Disturb to the next level. One key feature that is revealed however, is that you will be able to signal your status inside of Messages, so that people will know you are currently busy.

Apple has also stated in their announcement that, “for truly urgent messages, there’s still a way for people to notify you.” 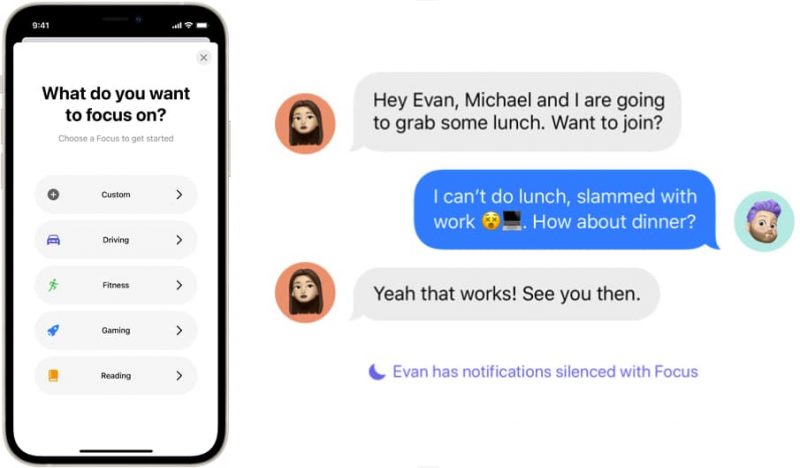 A new notification summary feature will also be added to help collect your notifications daily, based on a schedule you set. Priority will be intelligently assigned, placing the most important items at the top. 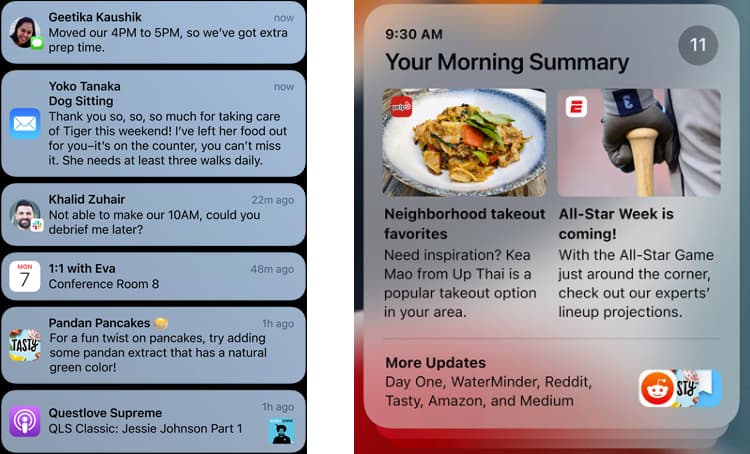 Getting around has never been easier. I’ve historically teetered between Google and Apple Maps, but this might be the update that finally seals the deal. Apple has implemented loads of new features, many which are especially useful for traveling by foot and public transit.

For walking – Immersive Walking Instructions will guide you to your destination with the use of Augmented Reality so you can see exactly where you need to go. Apple has stated that immersive walking instructions are only available on iPhones with A12 Bionic and later.

For Public Transit – Maps will helps you find nearby stations and times, and pin your favorite routes to the top. Both the iPhone and Apple Watch will also be able to notify you when your exit is coming soon.

For driving – The Maps app will deliver enhanced details such as turn lanes, crosswalks, bike lanes, and even provide street-level perspectives for complex interchanges. Real-time traffic and accident information will also be provided. 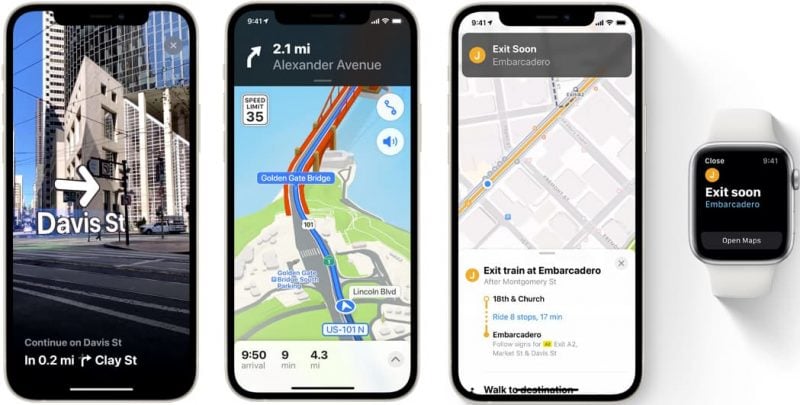 A few minor but much welcomed upgrades are coming to Safari. The browser bar will now be at the bottom, making it more easily reached when needed. On the flip side, it will stay out of the way as you scroll, allowing you to have maximum use of the space on your screen. You will also be able to use your voice to search in the tab bar directly.

Another major improvement is the introduction of Tab Groups. This feature will help you stay organized inside Safari to keep your related tabs together. 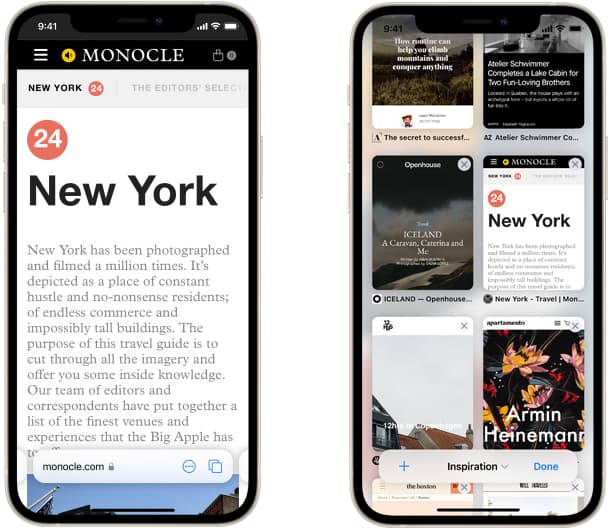 Apple takes a huge step forward toward digitizing our lives with the addition of ID cards and Keys into our digital Wallet! Pay attention as there are a few caveats, but this feature should make our lives a lot easier in the future.

For participating U.S. states (list of States not yet disclosed), users will be able to add their driver’s license or state-issued ID to the Wallet. This can be used when you travel, and in the future, at retailers and venues as well. Apple has stated that this feature will not be available at the launch of iOS 15, but instead later in 2021.

Keys will also be able to be added into the Wallet, allowing you to unlock things like your home, garage, workplace, or hotel room. Some requirements for this will vary as your phone will need to interact with other devices. Additionally, Apple has stated that the feature will only be available to iPhone XS and later. 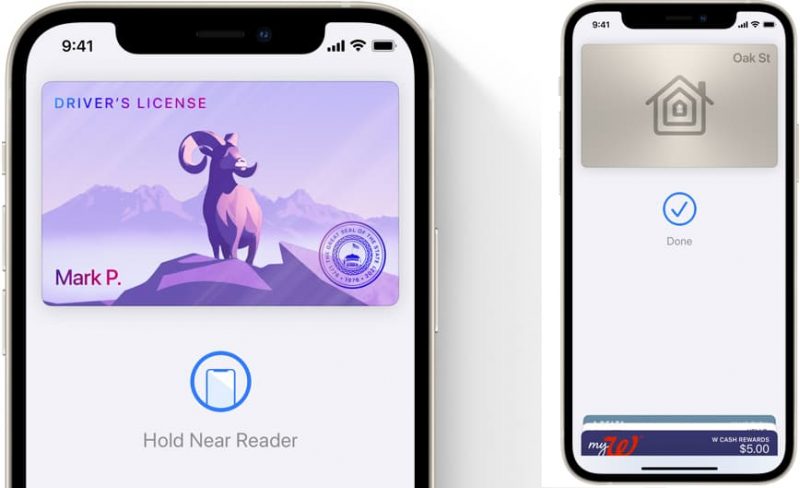 Hide My Email with iCloud+ Feature

iOS 15 will be evolving iCloud and replacing it with a new variation called iCloud+. This newer service will come with a variety of features, but the one I want to highlight is called Hide My Email.

The Hide My Email feature effectively gives you unlimited unique email addresses, all which forward to your real email account. This allows you to give out an email address without revealing your real one.

With Hide My Email, your security and control over spam are both going to increase dramatically! For those that value security or just don’t like giving out an address, I recommend reading our Article on how to avoid giving your Email.

There are so many great new features coming to iOS 15 that it’s hard to cover them all!  Here are a few smaller ones that might have otherwise gone unnoticed.

System-wide translation – Anything in your OS will be able to be translated with just a few taps.

App privacy report – A more enhanced view of the information shared with apps and how they use it will be available in iOS 15. This includes what permissions you’ve granted them, which third-party domains they contact, and when they last made contact.

On-device speech processing for Siri – iOS 15 will now handle the processing of Siri commands directly on the phone instead of relying on the internet. This will be MUCH faster and more reliable. Apple states that this will only be available on iPhones with A12 Bionic and later.

Apple revealed during the iPhone 13 event that the iOS 15 release date is Monday, September 20th.

Apple Watch 7 has also been revealed and will have a release sometime later this fall, though a specific date has not yet been set.

Apple has officially confirmed that the following devices will be compatible with iOS 15.  Some devices may not support all new features or apps due to hardware limitations, as noted in various sections above.

While iOS 15 may not be introducing as many new features as iOS 14 in total, I’m quite pleased at how many of them have some element of making our lives easier. Our phones can be used for a variety of purposes, but they are ultimately a tool, and iOS 15 will be greatly improving how many things our tools can do.

If you want to check out the FULL list of new features in iOS 15, then be sure to check out Apple’s extensive full feature list. Let us know in the comments below if we missed anything, and be sure to share this with a friend!