iOS 14 Features That Will Save You Time 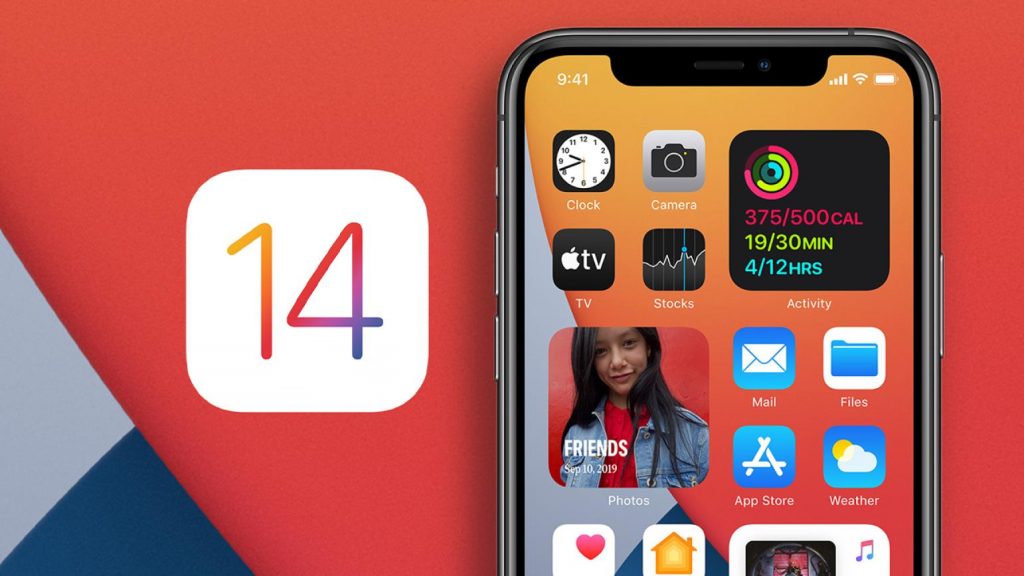 Apple introduced the latest version of iOS in June 2020, and with it came a massive amount of new features.  This update looks like it will bring the largest amount of new changes and features to any iOS update ever.  We’ve had a chance to look at them all, and while there are a ton of great features, we want to share with you the ones that we think will make your lives better and save you time!

For any Android reader contemplating making the jump to Apple, it’s probably worth mentioning that a good number of the new iOS 14 features are borrowed ideas from Android.  Apple is notorious for delaying the addition of features that are already available on Android devices, but once they do implement them, they nail it.

Android and Power Users alike will find one change particularly intriguing:  For the first time ever, Apple will allow you to change some default apps, for things such as your Browser and Email.  That’s right, you can finally use Gmail and Chrome (among other apps) by default!

iOS 14 will likely release in September 2020 at the same time as a new iPhone device, as is customary of Apple every year.  Obviously this still hinges on the impacts of COVID-19.

Here is a list of our favorite new features to save you time, in no particular order:

For the first time in, well basically ever, the Home Screen is being reworked to be more customizable!

This comes in the form of more flexible arrangements and the addition of widgets into the mix.  Widgets are getting an overhaul with new features to allow you to customize their size and what type of information they will display.  This should help keep the most important information more accessible for you.

Check out some examples:

Calls and Siri no longer take up the whole screen (thank God)!  This particular change has been long overdue.  There’s nothing worse than being in the middle of something, getting a call, and being at the mercy of the ringer before being able to get back to what you were doing.

Yeah sure, you could decline the call and send them to voicemail, but then they know you declined them.  And you know they know, and then the guilt builds and then… maybe this is just a problem for introverts?  Either way, problem solved! 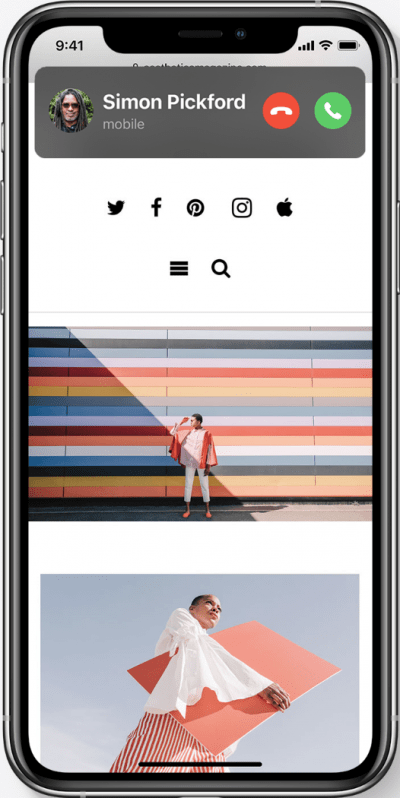 Ever wished you could watch a video or FaceTime someone while doing other things on your phone?  The new Picture in Picture feature is your answer!  I’m really looking forward to being able to watch video guides, and actually follow along on my phone as it plays.

Let’s just hope the Picture in Picture thing works for YouTube without the need for Premium Membership.

This new features allows you to pin up to nine conversations to the top of your messages list for quick and easy access.  It’s sure to help save you time and keep the most important people in your life more easily accessible. 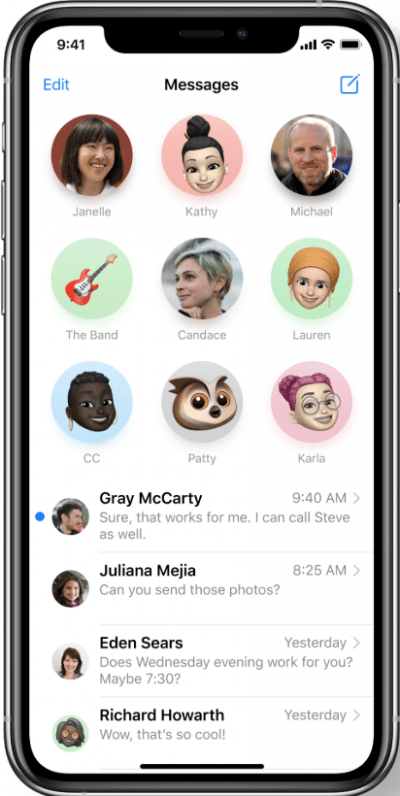 Group conversations are receiving some love and becoming easier than ever!  Mentions will let you type in someones name to have it highlight in the conversation, making it easier to see who’s talking to who about what.

It’s also been confirmed that you’ll be able to configure group message settings to only receive notifications from a chat if someone directly mentions you. 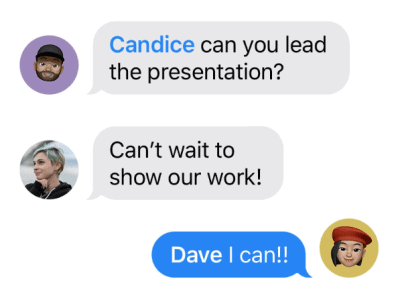 Inline Replies are another upgrade for Group Messaging that make it easier to focus on specific parts of a conversation.  In a group conversations you’ll be able to reply to a specific message directly, and then toggle between viewing the individual threads, or the whole conversation.

Combine this with the Mentions feature and group chats should become much more manageable. 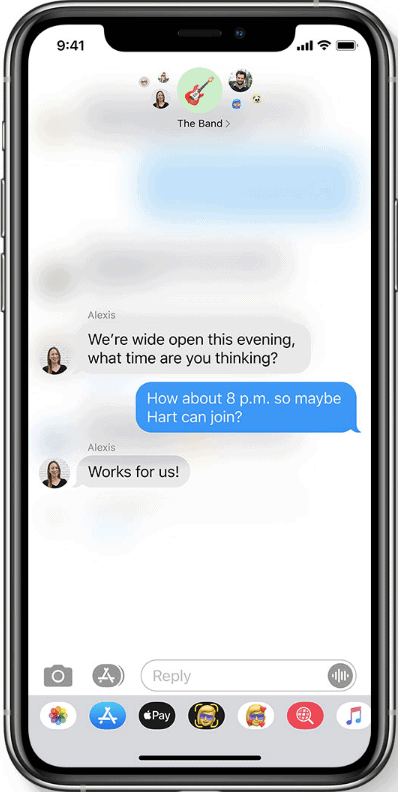 Another long-awaited feature is finally coming to iOS 14 to help us manage and filter our messages!  If you message history is anything like mine, then it’s probably filled with mountains of promotional, spam, or verification code messages.  Good riddance, I say!

Filters will help us keep the junk separate from our important conversations.  Combine this with the Conversation Pinning mentioned above, and messaging should be a lot faster!

For all you emoji users out there, this change should make your day. Emojis can be searched by key words directly to help you cut down on scrolling through the wall of 100’s of Emojis.

The included Weather App for the iPhone is getting a bevy of new features to make it vastly more helpful.  You’ll notice right off the bat that it has substantially more detail to offer (see screenshot below).  This will definitely save you time from going to different websites or apps that have the details you are looking for.

Hourly breakdowns of rain levels are available, and the chance of rain is available for each day of the week.  Keep in mind that this update doesn’t include any changes to the weatherman, who is still often wrong.

Government-issued severe weather alerts are now incorporated, and the App can also alert you to any major sudden changes to the weather.  The weather widget can also be changed a lot more and placed on the Home Screen (see beginning of the article).

Brand new to iOS 14, the Translate App will allow for swift translation to make foreign interactions a breeze!  The app will support 11 common languages at launch, and allows you to download languages for offline use.  I’m eager to see how this app stacks up compared to other translation solutions.

In iOS 14, the Home App has gotten a little smarter and helpful.  Any time you connect new HomeKit accessories, it will automatically show possible automations for the device.  This will help you get going with your new devices faster, and get the most out of them!

This is probably one of our favorite benefits of the new update. I mean, who wouldn’t want an assistant to say, “Would you like me to start making your day even easier?”. This will definitely help save you time if you can eliminate some of those mundane tasks every day. 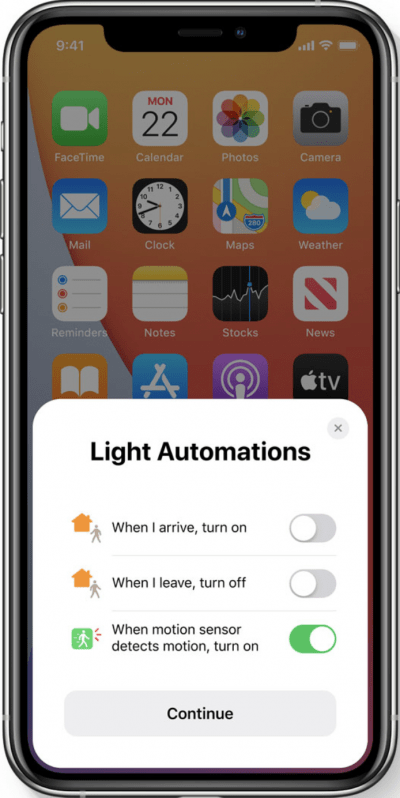 Have you ever struggled to find a picture on your phone and spent countless minutes scrolling through, looking for it?  I think we all have, and I think that’s about to become a thing of the past soon.  iOS 14 will allow both Photos and Videos to have captions added, which are searchable in the App.

It may take some diligence add captions to pictures and videos, but it’s worth it if it saves you time down the road.  My strategy will probably be to only caption one picture out of a group, as I can find other images from the same time-frame if I can find the one with the caption.

Whether you’re hearing-impaired or just constantly jamming out with your headphones on, Sound Recognition will come in super handy by turning your iPhone into an extra set of ears.  Your iPhone can be configured to listen for various common sounds and alert you if it hears them.

Check out the image below for examples of what the Sound Recognition App can recognize already. 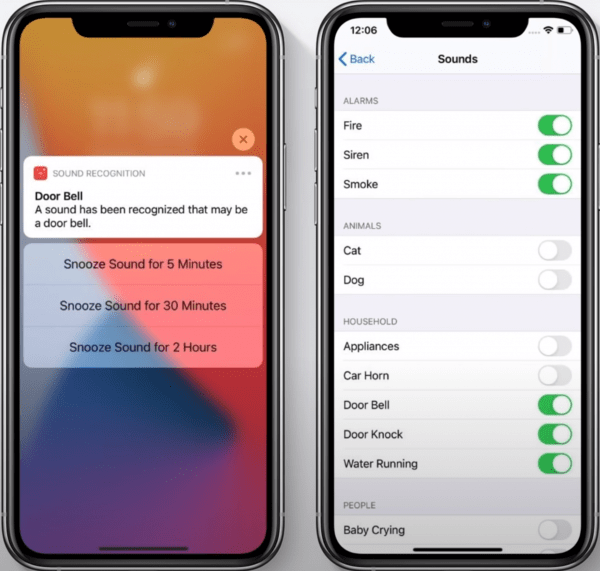 iOS 14 is probably the most excited we’ve ever been for an Apple Operating System update.  There are many other excellent features that didn’t make it to our list that will enhance the iOS 14 experience.  For a list of all iOS 14 features, you can visit Apple’s site.

Did we miss something really big on our list?  What new feature are you planning to use the most with iOS 14?  Leave us your thoughts below!

Read More:  Our Favorite iOS Shortcuts and 7 Habits to Hack Time: Get Back 1 Hour Each Day